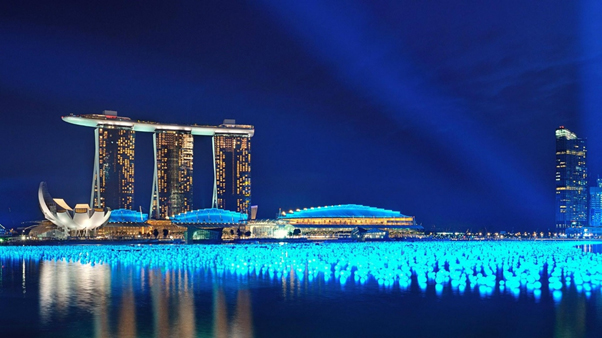 The Lightshow of the Marina Bay in Singapore, including the Arts Museum in the shape of a Lotus (on the left)

Strength, viability, comfort, security, durability, awesome are some of the words to express the notion and expectations from that of an Architecture Company or Organization. Advances in Technology not only have helped shape human lives but also the houses we live in and various infrastructures. Construction and Architecture go hand in hand, nonetheless, it’s vital to be able to represent, persistence, quality and trust within and through their Architectural Logo Design.
To know the evidential fact that your company’s logo and image will pop up on several websites email headers, banners and to take the risk of a free logo design is ludicrous. A professional designer will be able to act according to your firms past, present and future and set up a unique symbol of everlasting trust and authority with suitable colours and merited typography!
A constructive, motivational image, unique to display strong emotions of durability is what every designer should have in mind while beginning to inspire himself for an Architectural Logo Design. 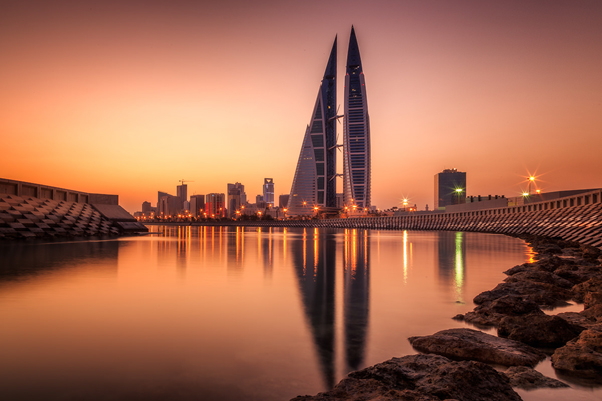 Shadows contribute a significant chunk with abstract images and logos. Shading one side while making sure the other is dark may give your logo or image a dimensional outlook. While trying to keep it unreal and hypothetical, it may be easy for a designer to lose the messaging factor from the design, or on the other hand, it could be used to the benefit of a completely new outlook as displayed below. 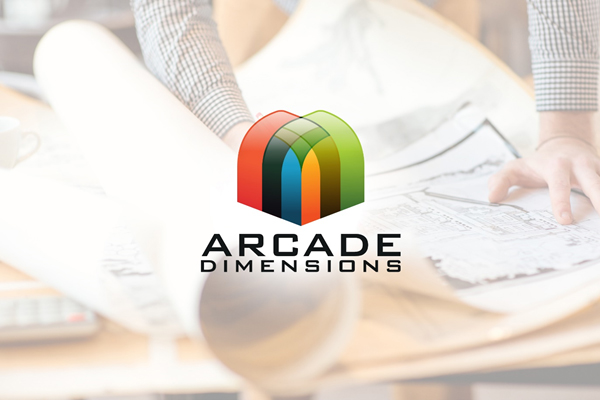 The above image depicts (dimensions as per the name of the firm) in the logo itself, hence communicating on all parameters including the use of colours with a light and dark shade – displaying versatile sides of their company! 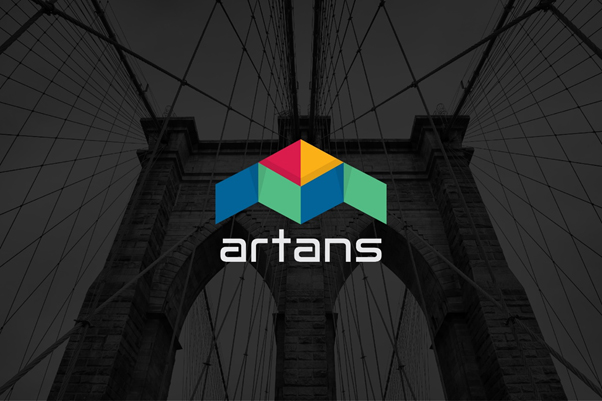 The use of colours in the abstract logo above suggests combined strength and capitalizes on the first letter “A” of Artans in the logo itself. Displaying trust and dependability pointing in one direction.

The immersion of the companies name or the first letter within the logo along with the image (or without) can be considered as the Word Mark in a logo or the letter denotation. This integration requires talent, perfection and comprehension of your designer to be able to transform your company’s motto and name. The world will see your company and read its name along with its letter description, thus typography becomes important.
The kind of font you use is essential within this incorporated idea as it will stand tall and strong for years to come within the minds of the viewers to recognize a brand its symbol, name and image- altogether!

To begin with, the top 5 listed Architectural Firms in the United States and their logos as per architectmagazine.com for 2015:

What remains certain about their choice of colours to depict success and dedication is darker shades to denote depth and valour. In case of EYP, the orange slash is a progressive forward, whereas Perkins and Will have a blue coloured plus to display nobility and togetherness, which in turn is luring to trust them. SOM and Gensler chose to stick with one colour Red- showing urgency in dedication as the colour red always has an alarming psychological effect.
Adrian Smith plus Gordon Gill have a profound logo. The Black and White effect depicts class with integrity and thoughtfulness. The plus sign portraying togetherness, but these logos would be meaning less without their fonts.

If any of the above top architectural logo design companies had their fonts out of place or in descriptive, flashy or unprofessional, they would lose clientele almost immediately on account of trust and liability. For example if SOM was set up as given in the image below it would lose its meaning and integrity almost immediately.

Therefore the choice of font selected for an Architectural Logo Design has to be conservative to the idea and motto of the company itself. Evena full stop out of its place could lead to the lack of interests of clientele . It is hence imperative to hire a professional designer who would understand the need to not only design your logo but also check whether it looks good in black and white and if it is indeed decipherable from a website page to that of an actual megasize billboard. Sans Serrif spells professionalism and could be used with the precise colours to entice imaginations of the viewers.

Get a Custom Architectural Logo

Discuss with Our Experts & Choose the Best Package for Your Business

What Our Clients Say

They are incredibly flexible and courteous. Their quick delivery times, amazing service and economical rates has made us a permanent client. Kudos to Mega Mind Web.
Kenneth Gariepy

Mega Mind Web transformed my vision into reality. I am glad to say that I am absolutely thrilled with the results. These guys definitely exceeded my expectations and I am sure we…
Stephen Nichols

Their team depicts sheer professionalism. I am a fan.
Steve Britton

We are really happy with our website, we had it redone to be responsive and we are already witnessing the increase in number. This is amazing
Ambrose Hernandez

I am satisfied with the organized and clean layout of my webpage. All my queries were dealt with perfectly and communication was excellent.
Edward Westerman

I had an absolute blast working with Mega Mind Web. Everyone from my account manager to the designer was fantastic and very thorough.
Jose Jenkins
View All Reviews

We've been Honored & Recognized for our Outstanding Achievements in the Industry

We've been Honored & Recognized for our Outstanding Achievements in the Industry

Talk to us about how we can help you with your next project.